The Tugendhat Villa in Brno is the first masterpiece of modern architecture in the Czech Republic and the fourth in the world to be honoured with this prestigious acknowledgement. The Villa was built between 1929 and 1930. The Tugendhat Villa has been named after the owner of a Brno textile mill, Fritz Tugendhat, who had this jewel of the interwar functionalistic architecture built for his family. The glazed villa on a hillside above Brno was designed in 1928 by famous German architect Ludwig Mies van der Rohe who used top quality materials and modern technologies of the early 20th century.

The steel skeleton of the Villa with windows reaching from the ceiling to the floor and slender chromium plated columns carrying the individual storeys made it possible to combine the hall and the garden into one optical whole. The building was equipped with furniture designed by the architect and was heated and cooled by an air-conditioning system. 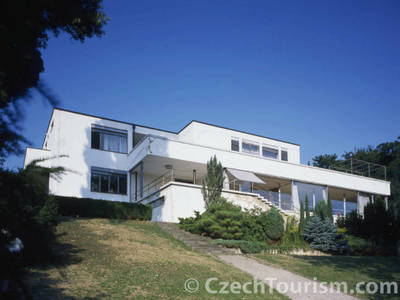